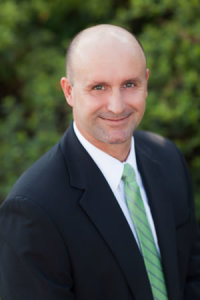 We just had our annual update on Friday from Ken Brown and Eric Skidmore from the Social Security Administration at the Stetson SNT conference. Unlike years past, we actually got some good information and solid answers; at least in some areas. There was still some of the vague: “we are looking into that” or “we are aware that is an issue” responses, but here are a few nuggets I took from the conversation.

The Regional Trust Review Teams that began operating in April 2014 have been busy. There are 167 members nationwide, on 14 teams, that have reviewed about 8800 Trusts (not all are SNT’s). They are getting about 500 per month. Each team has a Lead person and they are working to communicate concerns and training through the Leads to then get the information out the entire team.

A big concern raised is that when Social Security has a problem with a SNT and determines it is a countable resource, the notice does generally not give a reason. This makes it difficult to remedy the problem. Unfortunately we do not have an answer to this concern yet. Of the roughly 10,000 comments that Social Security uses in their library for their Notices, none really are capable of giving specifics. It sounds like due to the volume of the trust reviews SSA is not inclined to allow the case worker to free-form comment the reasoning. A suggestion is that those of us out in the private sector may help SSA with some common reasons SNT’s may be denied and give that form language to SSA to incorporate into their systems.

A good portion of the conversation revolved around the ABLE accounts, which uncovered some incredible policy that SSA is considering. The revelations were so substantial they warrant a dedicated posting. Look for that posting very soon.

We are told Social Security is looking at the following areas:
Payment of legal obligations out of SNT’s
Transfers from a d4A to d4C
Crummey Trusts
Decanting of Trusts
Updates and clarifications to all of the Trust POMS – sections 1120.200, 201, and 203. These updates are expected to be out in the next few months.

Watch for another posting soon on what I learned about SSA’s position on the ABLE account that will likely result in me recommending an ABLE account for EVERY beneficiary I see on SSI.